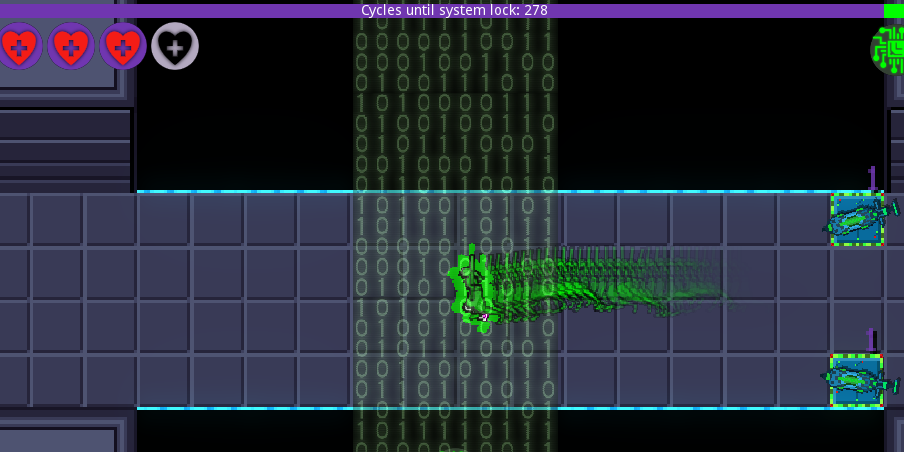 So many thoughts on Blue Noise...

First one is that I'm driving forward with it. Its considered an active project and even when I started doing the project, I was REALLY excited about everything. I also felt MUCH more comfortable with Godot, so I decided to get ambitious.

My initial notes were pretty entertaining looking back at it, particularly the scope for a 1 month project:

Young orphan trying to make ends meet in the slums of the blue district.

Coerced to steal from a local contract firm and given a copy of the virus 'Interceptor 2.3.21', Inti for short.

I was playing the mobile game Guardian Tales at this time, and had stumbled upon a great Zelda-Like tutorial on Youtube. My concept was 'hacking' as a dungeon to be beaten. Short but fun dungeons that represent hacking into a system, with moves and enemies themed around Cyberpunk, as I was very much missing my Old Netrunner games at this point, and Cyberpunk 2020 hype was growing in me. I then thought, that a point and click adventure as the 'overworld' would be an interesting twist on things.

I was very proud of the work I did extending the tutorials on youtube. It was my first real sign of aptitude with Godot, extending things in fresh ways, not just copy and pasting the work of others and tweaking it. That and there aren't many tutorials for this particular genre in the Godot ecosystem.

That all said, the feature creep was real, and mashing up 2 unrelated genres sort of means you're making 2 unrelated games. It became clear quickly that the point and click adventure would have to be pushed to next month, which I was ultimately ok with.

Another fun bit is this began my start at pixel art. I'm still not good at it, and my god did I get perspective wrong ALOT (more on that next month), but the tilemap is an edit I did, and in that I'm pretty proud of what I did. It may not seem like much, but it was a big step forward for me in alot of ways.

I ALSO started using AND contributing to open source plugins at this time... Sound Manager and SyndiBox in this case. Its easy to get lost in contributing and ignoring my own project (a 'problem' today with dialogic!). As a modern programmer, these are really good things to do!

I am just going to say that I think Blue Noise is the best work I've done, and I'm still in love with the game concepts, but these days I'm a bit 'writers blocked' on the mechanics and how I intend to extend them. This has been a problem for months so bad, that its put me off even doing these retrospectives, hence the lateness of this one. That said I have to forgive year ago me on how hard I was on the project. While the demo doesn't feel Zelda-like, what it does do from a design perspective is VERY strong, so strong I can't get it out of my head even now.